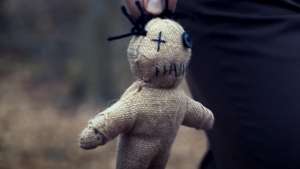 Developer Rusty Lake has unveiled the latest entry in its deliciously off-kilter series of point-and-click puzzlers and it sounds the studio’s most ambitious endeavour yet, taking the form of time-travelling co-op adventure The Past Within.

If you’ve not yet had the pleasure of Rusty Lake’s surreal, centuries-spanning narrative, it currently worms its way through 15 games – six are fully fledged premium offerings (Rusty Lake Hotel, Paradise, Paradox, The White Door, series precursor Samsara Room, and the exquisite Roots), while the remaining nine are comparatively smaller companion pieces, falling under the Cube Escape banner.

All are relatively simple things at their core – casual puzzlers featuring streamlined point-and-click mechanics with a room escape slant – but it’s the darkly surreal theatricality of it all that really makes the series sing. Roots, in particular, is a gorgeously affecting piece of work, and a wonderful example of developer Rusty Lake’s increasingly ambitious reach.