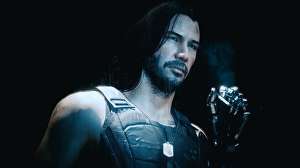 Another sorely-needed patch for Cyberpunk 2077 is on the horizon, and the list of changes is huge: an assortment of bug fixes, changes to NPC behaviour, stability improvements to prevent crashes, and sorting out various other annoyances. Like Delamain calling you every five minutes.

The patch notes for update 1.2 are now available on the Cyberpunk website, and if you’re hoping to read them all you’d best make yourself a cup of tea – you could be here a while. Alongside myriad bug fixes (everything from flying cars to teleporting characters), there are some significant changes that should make a noticeable impact in Night City. The game’s infamously speedy police department have been told to take a chill pill, with an increase to their spawn radius for when a player commits a crime. Hopefully this means a whole squad will no longer appear behind your back. And if you want a speedy getaway, there are improvements to the game’s driving mechanics: there’s a new steering sensitivity slider in the controls settings, the steering code has been adjusted to work better for low and high frame rates (improving steering on base consoles “noticeably”), and some vehicles have been tweaked to improve their steering. Now you won’t have an excuse for your bad driving.

One of the biggest criticisms of Cyberpunk 2077 at launch was NPC behaviour, and changes to the AI and NPC animations form a significant chunk of the patch notes. NPCs have been discouraged from tripping over each other too frequently, several T-posing issues have been ironed out, and friendly NPCs will take cover properly. A dead NPC will now also stay dead and stop wiggling around on the floor – something that used to freak me out quite regularly.