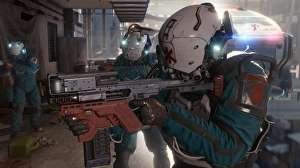 After a security vulnerability involving crafted save files was spotted by modders, CD Projekt Red has now rolled out a PC hotfix for Cyberpunk 2077 – meaning that particular exploit should be solved.

Hotfix 1.12 promises a fix to a vulnerability that allowed crafted save files to take advantage of a buffer overflow, which redirected the running thread to an old DLL from 2010, at a fixed address which lacked modern protections. The vulnerability meant that save files, which are normally considered a bit safer to download, could essentially be turned into executables that could carry out “any locally executed virus” on a user’s PC – without the user noticing. For a more extended explanation, you can find my original story here – or simply listen to us chatting about it on this week’s Eurogamer Next-Gen News Cast:

According to CDPR’s tweet, this “buffer overrun issue” has now been fixed, while it seems the troublesome DLL has been “removed/replaced.”