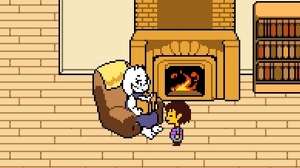 Developer Toby Fox’s cult RPG Undertale is finally making its way to Xbox tomorrow, 16th March – more than five years after its PC debut – and it’ll be available as part of Game Pass too.

Originally released in 2015, Undertale tells the story of a child who tumbles into the Underground, a strange world beneath the Earth’s surface. What follows is a game of big heart and wilful idiosyncrasy that’s earned it a legion of fans – and countless memes – over the years.

“Undertale dances happily in the footsteps of Shigesato Itoi’s Mother series, and like those games before it, it’s a JRPG that’s endlessly playful and inventive,” said Eurogamer’s Martin Robinson when he reviewed the PlayStation Vita version back in 2017.