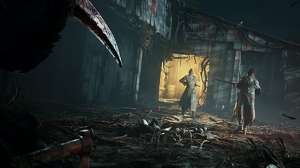 Crytek has delayed some features that had originally been planned to release as part of Hunt: Showdown’s upcoming 1.5 update.

“We’ll get right to it: We originally announced that our next update – 1.5 – would include both a new boss and custom ammo types,” the team said on the official website. “Friends, 2020 has not been kind, and we are sorry to say that we have had to move these two features to 2021.

“We know that you won’t be happy to hear it, we aren’t happy about the delay, but we are dedicated to making you the best possible game with the best possible features, and these two will release early next year,” the statement continued. “We hope you will understand. All other changes and features in Update 1.5 will still arrive in 2020 with Update 1.4.8, and we’re excited to share the details.”