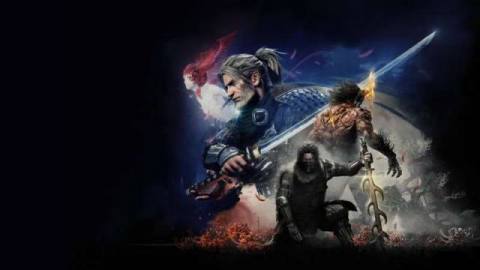 It’s time to go slay some demons, Samurai (and ninjas), because the Nioh Collection has been announced to be coming soon to PS5 libraries. Next February, fans of the brutally beautiful franchise will be able to enjoy the world of Nioh on the latest generation of systems alongside a few new tweaks to make the experience even better.

In a recent PlayStation Blog post, Tom Lee, Team Ninja’s creative director, revealed that the conclusion of Nioh 2’s story is dropping next month with the third and final DLC for the game. The First Samurai will be launching on December 17 and will tasks players to “take on some of the most challenging missions and formidable foes in the entire series, along with an added difficulty level that will give even the most seasoned veterans a run for their money. While you still have some time to prepare for this climactic expansion, I wanted to provide a bit of story context to give you a hint as to what awaits you in this next DLC installment.”

The upcoming story will take players to the past as a Visitor once more to the place that their mother has talked about earlier in the game. Going back to a time of “the fabled youth that defeated an oni.” The truth behind the very first Samurai will be revealed with a deeper look into Otakemaru’s past.

As mentioned, this will be the conclusion of the Nioh 2 narrative, promising to be a “climatic end” to a story that has enthralled many.

Regarding the Nioh Collection, February 5, 2021 will be dropping to celebrate the anniversary of the Nioh series:

The Complete Edition will include all of Nioh 2’s story, with all three DLC, and will be available on PlayStation 4. For PS5 owners:

For everyone that recently purchased the PlayStation 5 console, you will be able to experience the complete Nioh 2 adventure in Nioh 2 Remastered – The Complete Edition, along with a remastered version of the first entry in the series: Nioh Remastered – The Complete Edition. If you would like all of this content in one convenient place, we have the perfect title for all of your Nioh needs. Get ready to relive the entire series with all DLC included for both titles in The Nioh Collection for PlayStation 5.

The Nioh Collection will support 4K resolution with up to 120FPS gameplay for faster load times, smoother combat, and an overall improved experience. Team Ninja also confirms that saves will transfer from the PS4 versions, so you don’t have to worry about resetting that progress.

Pre-orders for the different Nioh editions mentioned above will be going live on November 20 on the PlayStation Store.

You can learn more about the different Nioh editions right here with the official PlayStation Blog.

Are you excited to check out the final expansion for Nioh 2 and learn the conclusion of our protagonist’s story yourself? What is your favorite part about this franchise so far? Sound off with your thoughts in the comment section below! 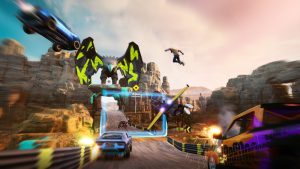