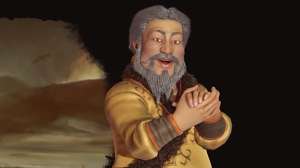 Firaxis says it’s a more detailed breakdown of Vietnam, described as a “culture and terrain focussed” civilisation, for an upcoming First Look video, but teases that it’ll be lead by a still-mysterious “god-like figure whose achievements have become stuff of legend” known for their “bravery, guerrilla tactics, and deadly temper”.

Also scheduled for a more thorough First Look reveal is the “jolly but ruthless conquerer” Kublai Khan, an alternative leader for the China and Mongolia civilisations, with abilities said to create “new and unique opportunities” during play.