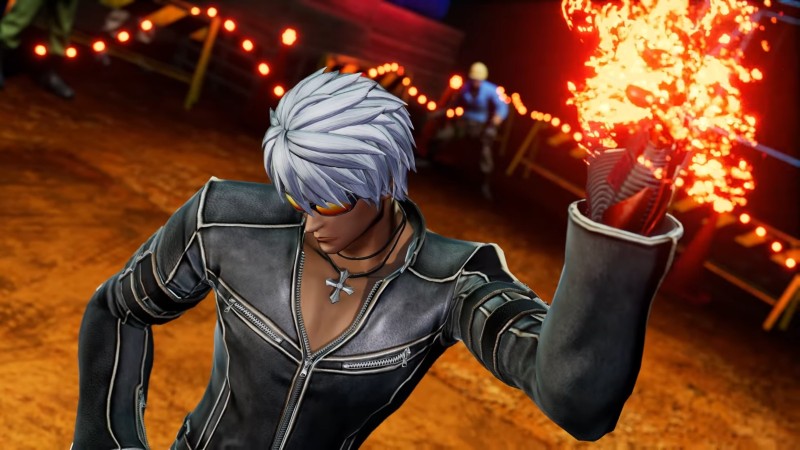 SNK used Tokyo Game Show as the perfect stage to debut the next two fighters for next year’s King of Fighters XV. Newcomer Isla and returning combatant K’ join the roster of 39 fighters vying to see who’s the best in the world.

As previously mentioned, Isla is a graffiti artist that is brand-new to the world of King of Fighters. She’s clearly too-cool-for-school by spending half of the time fighting with her hands in her jacket pockets, letting her kicks do the talking. Sure, she busts out the fists when necessary but Isla also settles for conjuring floating hands to attack opponents up close and from afar. Yes, that means she can quite literally throw hands. Watch Isla in action in the gameplay trailer below.

Meanwhile, K’ (actually pronounced “Kay Dash”) is a fighter dating all the way back to King of Fighters ‘99. He’s an augmented human spliced with genes from KOF’s main character, Kyo Kusanagi. Thus, he serves as a darker version of the series’ poster boy and has the power to manipulate fire. He’s also kind of a jerk. Watch him set his opponents ablaze in the trailer below.

King of Fighter XV is set to launch on February 17 for PlayStation 5, Xbox Series X/S, PlayStation 4, and PC.

What do you think of Isla? Are you excited to see K’ back in the fold? Share your thoughts in the comments!