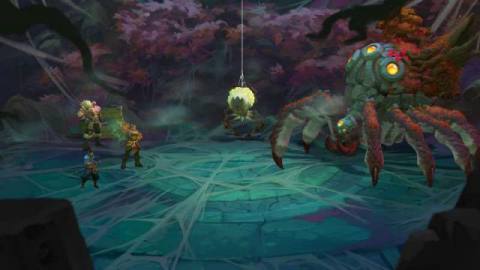 League of Legends fans were bummed to hear that spin-off game Ruined King: A League of Legends story was delayed further into 2021. Hopefully, getting a first look at gameplay might help ease the pain? That’s just what we got during The Game Awards, and it looks like the game is shaping up into quite the RPG.

Riot provided a deep dive into the dungeon-crawler meets turn-based gameplay. The game is a single-player RPG set in Runeterra, specifically Bilgewater and the Shadow Isles. Players can freely explore the world, chatting with NPC’s as well as solving puzzles and dodging traps. While exploring dungeons, Champions have two Dungeon Skills that can be used to initiate combat or interacting with creatures and the environment. Some puzzles and obstacles can only be overcome with a certain Champions’ skills, like using Braum’s shield to shatter walls.

Combat uses a turn-based, lane focused design to offer a spin on a familiar system. Champions take turns casting lane, instant, and ultimate abilities. Additionally, Champions can use items and passive abilities during combat. As you’d expect, leveling up grants points to boosts stats such as attack, defense, evade, and critical chance. Mixing and matching Champions to discover unique synergies is key to success, and expanding their talents with runes and ability upgrades, as well as equipping them with a vast arsenal of weaponry, increases a Champions’ versatility.

Outside of battle, Ruined King features a slate of side activities including optional quests, a bestiary, a battle arena, and the staple of every RPG, fishing. All in all, Ruined King: A League of Legends Tale looking to be shaping up nicely and we can’t wait to play it when it comes to consoles and PC next year. 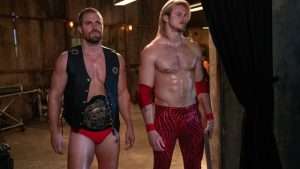 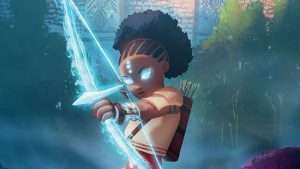 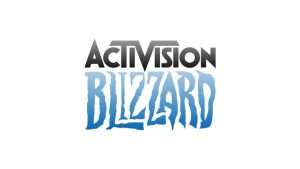