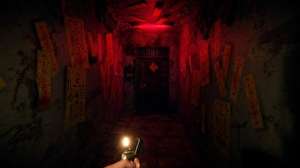 CD Projekt has come under fire for reversing the decision to release horror game Devotion on GOG.com.

Devotion’s developer, Red Candle Games, tweeted earlier today to announce its game would come out on GOG on 18th December, with a link to a store page that has now been pulled.

Devotion is considered one of the finest horror games of the past decade, but it has proved a controversial one. Following its release in the spring of 2019, Devotion was found to contain an unflattering reference to China’s president, Xi Jinping. The discovery sparked an outcry among Chinese players, leading to the withdrawal of Chinese distributors, the closure of Red Candle’s account on Weibo, one of China’s largest social media platforms, and the removal of the game from Steam in China.