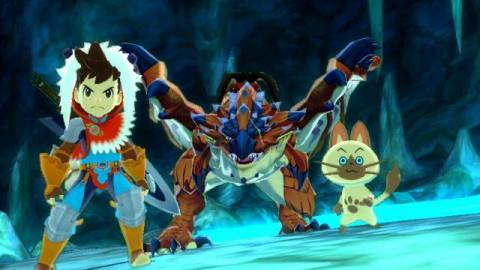 If you were hoping the original Monster Hunter Stories game might be released on the Nintendo Switch ahead of the sequel’s release, don’t get your hopes up.

Speaking to Gamereactor, Capcom’s Ryozo Tsujimoto said the company had “no plans” to bring the original 3DS release from 2016 across to Nintendo’s hybrid system.

Fortunately, you don’t have to worry if you haven’t experienced the first game, as the sequel – Monster Hunter Stories 2: Wings of Ruin – features a completely new protagonist and storyline.

“there’s a brand new protagonist and a new storyline…While it’s set in the same world, the game has absolutely been designed so that players can jump straight into Monster Hunter Stories 2.”

Monster Hunter Stories 2: Wings of Ruin will arrive on the Nintendo Switch in summer 2021.

When the sequel was announced in September, sales of the original game surged – making it the best-selling 3DS game on Amazon for a short period of time.

Were you hoping to see the original game make a return? Have you already played it or will you be going into this series with no prior knowledge of the 3DS release? Leave a comment down below.