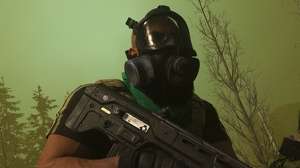 Guess what’s back, back again: that’s right, it’s Call of Duty: Warzone’s infamous stim glitch, which shows no sign of disappearing quietly. After first appearing in October, the stim glitch has returned several times – and according to player reports from the past few days, it’s back yet again. Although Raven has acknowledged the return of the glitch and promised a fix, until that patch arrives players are once more taking matters into their own hands. Namely, by sacrificing themselves to hunt down stim glitchers hiding in the gas – for the good of everyone else in the lobby.

The way the stim glitch works is this: once a player has activated the glitch (seemingly now using a strange night vision goggles method) they can spawn infinite tactical items, including healing stims. This means they can drive out into Warzone’s gas and hide there until the game ends, breaking the game in the process and making for a really boring end to the round.

To stop this from happening, some heroic players – motivated either by concern for their fellow players or pure unbridled fury – are hunting down the stim glitchers, even if it means their own death. Some players started to do this last month, and as the glitch has returned, so have the stim glitch hunters. As you can see from the video below, often this is done by picking up a bounty just before a circle starts closing, allowing the legitimate player to locate the glitcher in the gas. In the case of one Reddit user, the start of the journey into the gas was accidental – but they saw the job through.