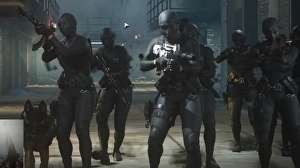 Call of Duty: Warzone has for some time now had an issue with its “pay-to-win” Roze skin – but right now it seems more popular than ever.

Last year the Rook skin was sold as part of the Season 5 premium battle pass (it was a tier 100 unlock) and it didn’t take long for players to accuse it of being a “pay-to-win” microtransaction. The issue has to do with the way the outfit looks: it’s entirely black without any reflective surfaces, which means it’s very difficult to spot in dark areas of the game. Even Roze’s eyes are surrounded in black facepaint.

Anyone who’s played Warzone knows there are plenty of dark areas in the map to hole up in. Playing the battle royale in solos can feel like a particularly campy time. Add to this Roze’s Rook skin, and you can end up in situations like this: