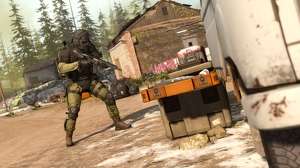 Call of Duty: Warzone hacking has hit the headlines again after a glut of high-profile players quit over cheating.

The BBC reported on YouTuber Vikkstar’s decision to quit Activision’s free-to-play battle royale after he released a video saying Warzone was in “the worst state it has ever been”.

Vikkstar, whose real name is Vikram Singh Barn, has over seven million subscribers on YouTube. His video declaring his decision to quit has been viewed over 1m times.