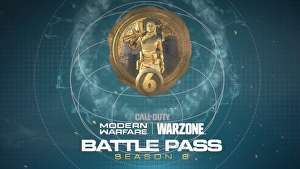 Call of Duty: Modern Warfare’s Season 6 battle pass has come to an end – and there’s no sign of a Season 7.

But it looks like the focus from Activision’s point of view is now squarely on Warzone and Black Ops Cold War. Modern Warfare players noticed this morning that the game’s current battle pass had expired with no replacement or playlist update from Infinity Ward.