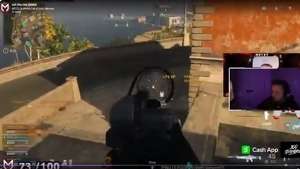 A $250,000 Call of Duty: Warzone tournament was last night rocked by accusations of hacking, prompting calls for better anti-cheat within the game.

The trio squads tournament, which starred some of the biggest names in Warzone, blew up in the penultimate game of the final day of the event after multiple high-profile participants accused a Canadian player called Metzy of using an aimbot, with one clip in particular raising eyebrows.

The clip shows Metzy’s reticle shift quickly to a player who jumps out of a window. Metzy plays Warzone on PC using a controller.