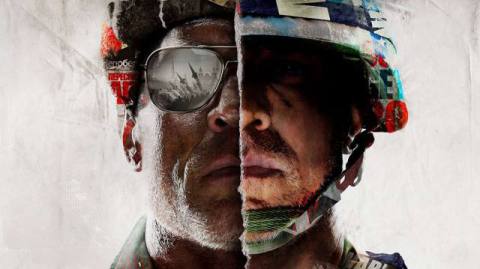 Let’s kick off by digging into the features that separate Series X and PS5 from all of the other versions. That stars with ray traced shadows, which – as the video below demonstrates – replace the baked shadow maps enjoyed in the other versions of the game. In terms of overall effectiveness, RT shadows are often overlooked, but the effect in Cold War is exceptional, almost as if the game’s art designs are built around the technology. Scenes that look perfectly fine with traditional shadow maps look so much better with ray traced shadows enabled: soft and diffuse at distance, ultra-sharp close up, just as they should be. Series S does allow you to download an 11GB RT pack, but there is no option in-game to enable it – though we’ve asked Activision for clarification.

RT is also only available as an option with the game running at the standard 60fps, but Cold War’s other key next-gen feature is 120Hz support, which sees PS5 and Series X both doing a pretty excellent job of targeting and indeed maintaining 120 frames per second. In fact, in the multiplayer mode, 120fps is a lock on both systems (game-changing in its own right, especially when combined with keyboard and mouse support) but the fact that the entire campaign can play out at 120fps (or very close to it) is an impressive feat. It’s not perfect for solo play, it’s certainly not locked, but it is running flat-out for much of the experience.

All of which brings us to the topic of pixel counts and performance – always a tricky topic with Call of Duty titles, which lean heavily into dynamic resolution scaling and temporal reconstruction. So when we talk about pixel-counts, that only takes into account certain observable elements of the current frame, when most of it will actually consist of the newly generated frame, plus detail from prior frames too. Regardless, the standard 60Hz experience runs at a dynamic 4K, hitting the resolution and performance target, with an 1800p-2160p DRS window when ray tracing is enabled. Cold War can also scale horizontally too, as well as on both axes, depending on the load. There may be variations ‘in the moment’ in pixel counts, but if so, we couldn’t find any substantial evidence here – practically, Series X and PS5 present in the same way.

Frame-rates are rock solid for most of the duration whether you run with RT or without (our advice: definitely use it) though we did find one area on PS5 that can drop to 45fps, while Series X remains rock solid. Curiously, restarting to the checkpoint can see PS5 leap back to 60fps sometimes too – so this is likely a minor bug that needs resolving. It’s a moot point really though as this solitary drop in performance happens in a non-playable part of the game so it has no real importance to the way Cold War plays. As for Xbox Series S, it’s also using dynamic resolution with its non-RT presentation, topping out at 1440p but with a lower bounds of around 1200p.

Returning to the topic of 120Hz support, this presents as an option on Xbox Series X if you have 120Hz selected as the display refresh rate on the dashboard. Simple. However, the situation is somewhat more complex on PlayStation 5. We’ve seen in the newly patched Devil May Cry 5 Special Edition and indeed on Dirt 5 that PS5 developers can toggle 120Hz output on and off, but for Cold War, the user needs to set up ‘performance mode’ on the PS5 front-end in order to engage the feature in-game. Both consoles run the game well at the target 120 frames per second, albeit with no RT and a resolution drop down to around 1200p, occasionally bottoming out at 1080p. In effect, you’re trading physical resolution for temporal resolution – but the pay off is there, especially in multiplayer mode, which looks and feels beautifully smooth in action.

Both Series X and PS5 deliver a grea 120 frames per second experience, with no issues at all during the multiplayer mode and only minimal slowdown in the campaign – but curiously for this 120Hz mode, PS5 maintains a closer lock to the target frame-rate than Series X. However, thanks to its support for variable refresh rate displays, Xbox Series X is capable of smoothing out performance in troublesome areas where (currently, at least), PS5 cannot. VRR really is a boon both for 60Hz and 120Hz modes, and we really hope that Sony’s ‘future update’ for the system is one that comes sooner rather than later.

Ultimately, Call of Duty: Black Ops Cold War is an excellent release. Straddling the generations isn’t easy, but this effort is a lot more accomplished than its last-gen counterpart – Call of Duty: Ghosts – which wasn’t quite effective in leveraging what was then next-gen hardware. With an impressive suite of options, a great campaign, plus some legitimately impressive utilisation of high frame-rate and RT features, it’s difficult to argue with the quality of the package delivered here. There’s even some intriguing use of the Sony DualSense controller, with the adaptive triggers used to simulate the feel of pulling the actual trigger – a feeling that changes according to the weapon used. It’s a nice effect overall and fun in the campaign, but likely to impact your reaction speeds in the multiplayer component, where you’re likely better off disabling it.

Regardless, seeing such a wide cross-section of next-gen features deployed in what is very much a cross-gen title pays off: Call of Duty: Black Ops Cold War is definitely a recommended buy for PS5 and Series X, and while lacking the bells and whistles, it’s still a great game to play on the less capable Series S.