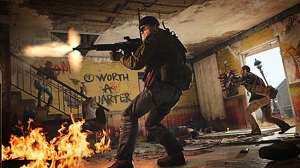 Treyarch has, as promised, shaken up the Call of Duty: Black Ops Cold War meta with its weapon balance update.

The developer issued the update for its shooter yesterday, 15th December, but only now has published the patch notes, revealing the extent of the changes.

The headline change is a significant nerf to the M16 and AUG tactical rifles, both of which were seen as the two dominant weapons in the game. The M16 has seen its maximum effective range and fire rate reduced. The AUG has seen its headshot multiplier, maximum effective range and fire rate all reduced, while the damage for the 19.8″ Task Force barrel attachment has also been reduced.