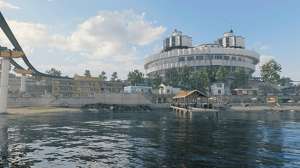 Season One of the shooter gets a new 6v6 multiplayer mode, a new Fireteam map and a new mode for zombies.

The 6v6 mode is called Dropkick and revolves around fighting for control of nuclear codes. The new Fireteam map is called Sanatorium. The image below is of Sanatorium: