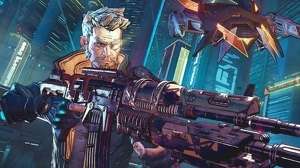 With PS5 and Xbox Series X in its hands, developer Gearbox’s first port of call it seems is to give Borderlands 3 the next-gen treatment. Through a sizeable patch, the studio taps into the strengths of each machine with two modes – targeting 60fps and 120fps respectively. But how close does the game come to its performance targets and, as ever, where does Xbox Series S slot into the line-up?

Targeting 4K at 60fps is the primary objective for the new version of the game, with plenty of behind the scenes tweaks in improving performance, beyond leaning into the raw horsepower of the hardware itself. Collision detection is extensively revamped, for example, but Gearbox also leans into more traditional optimisations – such as the use of dynamic resolution scaling (DRS) meaning that the game engine adapts its pixel counts based on GPU load. It’s something that in practice doesn’t show up too often, with few deviations from the target 4K – to the point where my pixel counts showed very little variance from 3840×2160, even when the game was dropping frames (2016p was the minimum resolution I found).

Xbox Series S on the other hand, lives up to its spec by targeting 1440p as the maximum resolution, with more obvious drops in resolution, down to a 2112×1188 lower bounds. Crucially though, it’s a well-worked version that holds to 60fps just as well as the two premium machines – in fact, I think it actually runs a touch better. One big catch to Series S is that there’s no toggle between resolution or performance modes, as there is on PS5 or Series X. It’s 1440p60 with DRS and there is no 120Hz support at all.