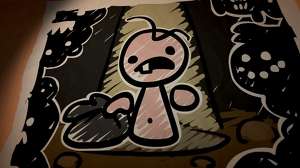 Binding of Isaac creator Edmund McMillen’s poopy puzzle-based deck-builder The Legend of Bum-bo has just received a free expansion, introducing a raft of new content alongside some much needed fixes and quality of life improvements.

Although ostensibly a prequel to The Binding of Isaac, Bum-bo is a notably different proposition, building its randomised dungeon-crawling action around turn-based combat with a match-4-style puzzle system at its core.

Unfortunately, despite some solid design and eye-catching presentation, Bum-bo arrived in a bit of a state when it released in 2019, and plenty of issue still lingered when, shortly after release, McMillen went radio silent for almost a year.