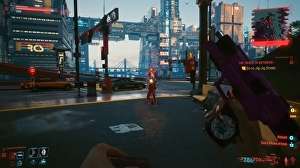 Patch 1.2, which was delayed from February to the second half of March following the damaging CD Projekt cyber attack, makes some changes to parts of the game that were criticised at launch, including the police and driving.

The changes are outlined in a series of videos, below. Here’s the rundown: