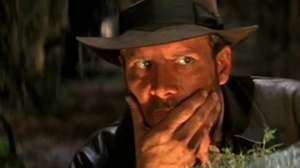 In a short statement released via Twitter, Bethesda described the project as an original story not based on any existing film (or, presumably, the upcoming fifth Indiana Jones film due to begin shooting soon).

“It’ll be some time before we have more to reveal,” Bethesda wrote, “but we’re very excited to share today’s news”.