The Xbox Series X and Xbox Series S have both been released to the world, and if you were lucky enough to secure one at launch, you will be happy to know that there are a TON of great games to play. Microsoft has worked tirelessly to ensure that most every game from the Xbox One, Xbox 360, and original Xbox generation run on its latest console, and GameStop’s Black Friday deals will help you get the ones you really want to play.Even if you weren’t able to secure an Xbox Series X or Xbox Series S yet, you can rest easy knowing that your games and progress will transfer over with you when you are ready to make the jump to next-gen. Better yet, Microsoft’s Smart Delivery ensures you are playing the best version of the game, depending on the console you are playing it on. GameStop will be offering limited quantities of the Xbox Series X, but it will only be available in store.

In addition to games, GameStop is also offering great savings on Xbox Game Pass, accessories like headsets, controllers, external game drives, speakers, and much more. Even though Xbox Game Pass offers some of these games with its service, there are still numerous games that have yet to join Xbox Game Pass, and it’s also hard to beat the feeling of getting a wrapped game as a gift for the holidays.

GameStop is currently running a Black Friday Countdown until November 21 in stores and online, and its Black Friday Early Deals will run from November 22-25. GameStop’s official Black Friday begins online on November 25, 2020, at 6pm PT/9pm ET, and in-stores on November 27 at 7am in your local time zone.

Will GameStop Have Any PlayStation 5, Xbox Series X, or Xbox Series S Consoles on Black Friday?

GameStop will have limited stock of both PlayStation 5 and Xbox Series X on Black Friday. These systems will only be available in-store and each GameStop is guaranteed to have a minimum of two PlayStation 5 consoles and two Xbox Series X consoles at store opening. There is also a limit of one console per customer, and it doesn’t appear as though there will be any Xbox Series S available.

A40 TR Generation 4 Wired Gaming Headset for Xbox One

Deal available 11/25. This is the premier gaming headset for professional gamers, esports athletes, content creators and live steamers. It was developed with esports athletes to meet their rigorous standards for audio fidelity, comfort, and durability.

Deal available 11/25. Light up your game with KontrolFreek’s Gaming Lights. Its USB powered LED strip kit allows you to create an immersive and customizable lighting experience to complete your setup and even improve your picture quality.

Deal available 11/25. This controller features optimized ergonomics, interchangeable parts, Razer Chroma lighting, and a suite of remappable buttons and triggers that allow you to change up your layout and execute advanced techniques with ease.

Deal available 11/25. Powered by Razer Chroma, these speakers will liven up any room and give you the best audio quality for your games. They also feature gaming-focused positional accuracy in its stereo sound field to let you know where enemies are. 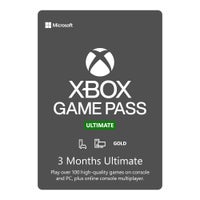 Deal ONLY available on Friday, November 27, limit 1 per customer.