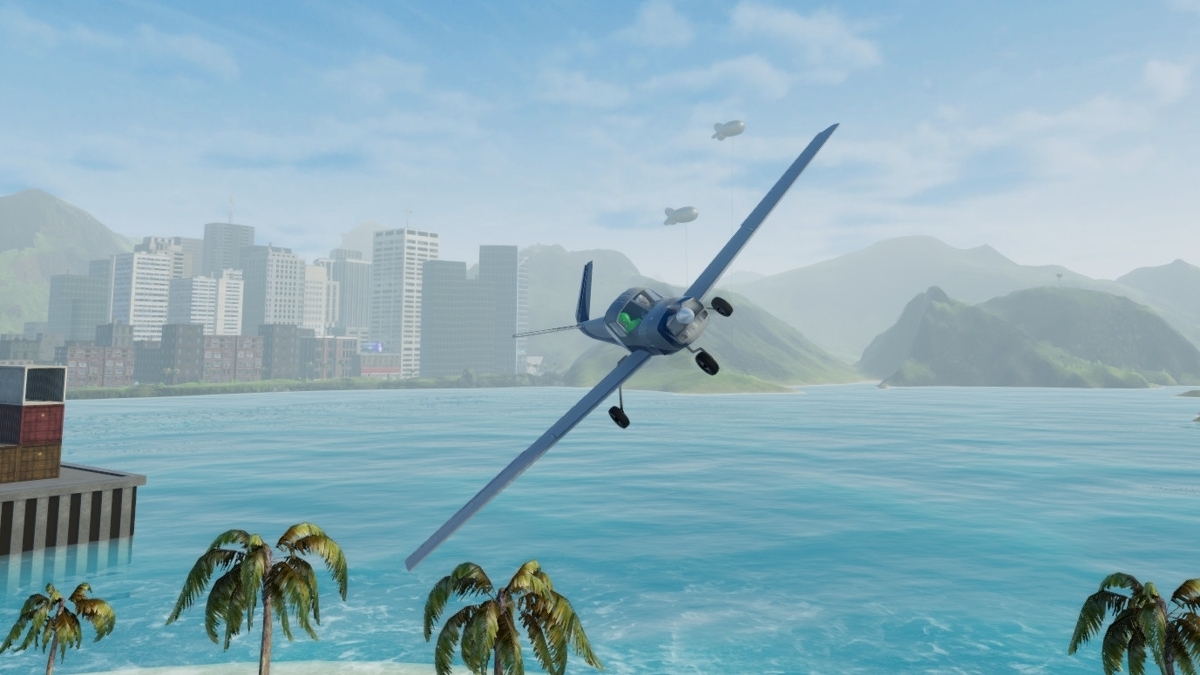 With the first proper flight in the tutorial, Balsa Model Flight Sim earns a place in that group of magical videogame moments. Not the very first flight, which is designed to be a botch that will lead you back to the workshop for a bit of tinkering. But the first flight once you have lengthened the fuselage and rebalanced the plane a bit. Pick the plane up, press shift to pull back your arm, and then launch!

Suddenly you are following the plane, soaring over a world whose blue skies and green lawns bring back all the right memories of PilotWings. Back to the workshop to add a few flaps or whatever they’re called, and on your next flight you can actually control things a bit. I turned left over the bay, and then swung right again. I had aimed high, so I had a bit of height to start with. I landed eventually on the roof of an apartment building.

Then? F9. F9 which is quickly becoming the best button in games. F9 brings your balsa plane back from whatever terrible spot you’ve lost it in, back to the ground in front of you, where you can pick it up and throw it again. F9 is magic.