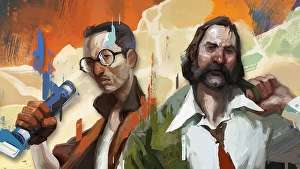 Disco Elysium: The Final Cut will not go on sale in Australia after its classification board refused to classify it.

An update on the Australian Classification website states that the game was refused classification because it “depict[s], express[es] or otherwise deal[s] with matters of sex, drug misuse or addiction, crime, cruelty, violence or revolting or abhorrent phenomena in such a way that they offend against the standards of morality, decency and propriety generally accepted by reasonable adults to the extent that they should not be classified” (thanks, Gamasutra).

This means that unless developer ZA/UM – which, as yet, as not publicly responded to the decision – censors or cuts the content committee deems problematic, the game is unable to be legally sold in Australia.