The latest patch notes for Assassin’s Creed Valhalla share that title update 1.1.0. will release on December 15th, getting the game ready for the festive Yule Festival.

The next patch for Assassin’s Creed Valhalla will pave the way for the most festive time of the year, with the upcoming Yule, a winter solstice festival which is celebrated by many northern European cultures. The real-life solstice festival doesn’t begin until December 21st, but the update will get you in the celebratory mood, with more details to be shared soon from Ubisoft.

The patch also comes with some changes, such as how NPC power levels work, reducing the difference by 51 points below your current level. Your power level will be automatically be matched by world bosses, alpha animals and zealots, if they are higher than yours, applicable to all difficulty settings.

You can check out the patch note details below: 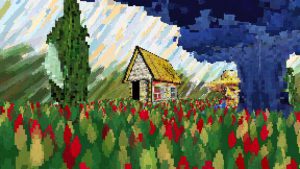