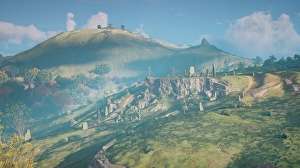 If you live in London, New York or another global metropolis, you’re probably used to the idea of your local area being represented in big-budget media. But if you’re from Gloucestershire, the closest things get is Hot Fuzz. Though the county is frequently used as a filming location, it’s rarely the focus of the spotlight, and the list of video games set in Gloucestershire is… rather sparse. All of which meant I was shocked to discover that Gloucestershire is not only visitable in Assassin’s Creed: Valhalla, but that it boasts its own storyline.

Having grown up in the area, I was curious to see exactly how my home had been represented. How true would it be to real history? Would it still feel like Gloucestershire? How do you even squash most of England into a game? So I packed up my Viking gear and set sail for the in-game county, eager to learn a little about Gloucestershire’s history along the way through my own research. What I discovered was a slightly hodge-podge version of Gloucestershire that – surprise surprise – isn’t always historically accurate. Yet it also feels wonderfully otherworldly, full of folklore and charming references to the region. It’s also quite Welsh. But more importantly, it somehow feels like home.

Gloucestershire (or “Glowecestrescire” as it’s called in Valhalla) is a relatively high-level area in the Kingdom of Mercia, and the story arc unlocks after a particularly stressful chapter in the game. It feels like something of a getaway holiday for Viking protagonist Eivor: she heads there to help her blacksmith woo a lady, and ends up joining in the local festivities. In fact, the county is presented as a bit of a rural backwater, with Eivor making several blunt comments to this effect. Thanks, Eivor.