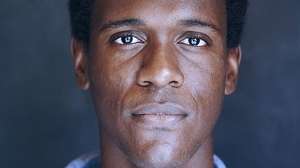 It means the studios’ debut project will be funded by EA and be shown on the same stage as the publisher’s biggest games, as well as fellow EA Originals such as A Way Out, Fe, and Sea of Solitude.

The announcement caps off a successful first year for Silver Rain Games, a remote studio headed up by former BAFTA Games programme manager Melissa Phillips and Salim himself – who you may know better as Bayek in Assassin’s Creed Origins or Father in the Ridley Scott HBO series Raised by Wolves.