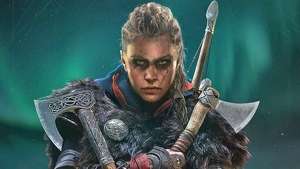 McDevitt most recently served as narrative director on Valhalla, where his work was praised by fans for tying in and tying up various plot-threads from throughout the series’ labyrinthine lore.

Among the Assassin’s Creed community, McDevitt was celebrated as the franchise’s loremaster and its most-recognised figurehead – a title earned through frequent interactions with fans and a resume filled with half a dozen Assassin’s Creed games.