Respawn Entertainment has announced that Apex Legends Season 8 will go live on February 2, and it will introduce Fuse – the 16th Legend.

In a press release paired with a brand new Stories from the Outlands video, Respawn describes Fuse as “the laid-back explosives expert” hailing from Australia.

Apparently, his love affair with all things explosive kicked off when he was a kid, where he and his childhood mate found “a bloody beautiful grenade” that seemingly once belonged to the resistance faction on their home planet, Salvo. Check out the new trailer below.

Though we haven’t seen too much of what Fuse will bring to the table in terms of gameplay from official sources, you can certainly expect the explosion-oriented hero to offer some good frag options for players that like their splash damage. Who knows, the newcomer may even break Apex Legends’ most popular characters list.

The incoming Season will once again change the look and layout of King’s Landing (that’s the first-ever Apex map) and it’ll introduce a new gun in the form of the lever-action rifle, the 30-30 Repeater, too.

Season 8 – as it happens – is due to launch two days ahead of the game’s second birthday. Maybe that’ll coincide with the game launching on Nintendo Switch, too. 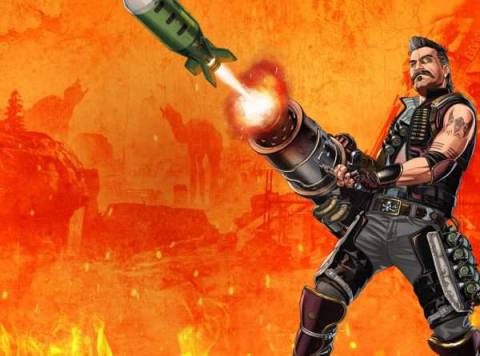