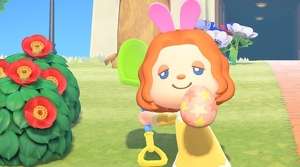 It’s an odd milestone, but Bunny Day will be New Horizons’ first repeated in-game event. It will run again from 28th March to 4th April with the original egg hunting gameplay as well as some newly-added items to collect. However, these new items will simply be purchasable from Nook’s Cranny. It’s safe to say Nintendo heard the feedback on that one.