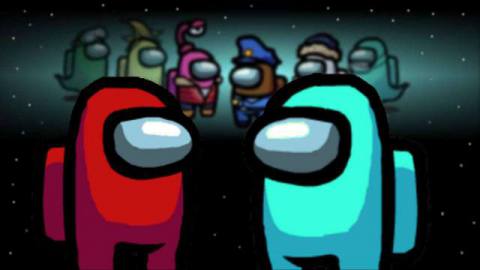 As it turns out, the new map is actually an homage to the Toppat Clan Airship from the Henry Stickmin series, which was the last game created by Innersloth prior to Among Us.
Original story follows…Among Us will be getting a new boat-themed map soon, and it will be revealed at The Game Awards on December 10th.

Innersloth, the team behind one of 2020’s biggest surprises, teased an image on the official Twitter account for Among Us.

The new map is just one of many new updates headed to Among Us in addition to an account system and colorblind support in the near future, according to Innersloth’s roadmap for the game.

Get all the news, peeks, and fun shenanigans here and become a part of the crew.

Here’s a special look at the NEW Among Us map! (For your eyes only!!) (Don’t show the impostors!!) pic.twitter.com/FrCkK7ZcnI

A sequel to Among Us was in development until earlier this year when the developers decided to scrap the project and focus on the original game after its sudden overwhelming popularity.

Last month, U.S. Representative Alexandria Ocasio-Cortez streamed Among Us for the first time, garnering an audience that peaked at over 430,000 viewers.

This Thursday, IGN will be hosting an Among Us Friendsgiving charity stream to raise money for No Kid Hungry just in time for the holiday season. IGN’s Sydnee Goodman and Akeem Lawanson will be joined by Rahul Kohli, Xavier Woods, Alanah Pearce, Jams and Elyse Willems, and more for an evening of not-so-friendly gameplay beginning at 6:00 PM PST.

If you can’t make the stream but want to support our fundraiser, you can donate by visiting donate.IGN.com.

Editor’s note: IGN incorrectly previously labeled the map as a boat, when it appears to be an airship reference to Henry Stickmin, IGN regrets the error.

Matthew Adler is a Features, News, Previews, Reviews, and Wikis writer for IGN. You can follow him on Twitter @MatthewAdler and watch him stream on Twitch.