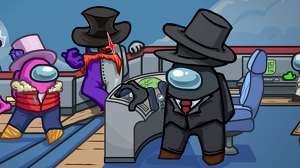 Developer InnerSloth has announced Among Us’ eagerly awaited fourth map, known as The Airship, will finally launch on 31st March.

Revealed during last December’s Game Awards, The Airship is inspired by another InnerSloth series, the Henry Stickmin Collection, and introduces new rooms, tasks, and ways to move around, including ladders. It also lets players pick their own starting room.

InnerSloth had originally been hoping to launch The Airship map, which it describes as its “biggest one yet”, a little sooner. As it explains in a new blog post, however, several factors prevented it from doing so – including the 5-person team needing to deal with everything from maintenance to hiring to working on last year’s Switch port in recent months.