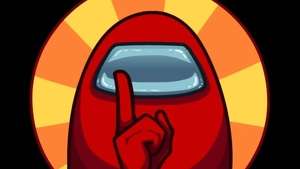 An account system may not sound like the most glamorous game feature of all time, sure, but it’s been one of the most highly-requested additions for Among Us – and with good reason. As a result of the game’s explosion in popularity last year, developer InnerSloth has struggled to crack down on hackers and cheaters, while players frequently complain about toxicity and unfair treatment in public lobbies. The addition of accounts and reporting tools should (at least partially) address this, and after announcing the account system would arrive in The Airship update on 31st March, InnerSloth has now detailed exactly how it will work.

In a blog post, InnerSloth explained that accounts are currently focused on “reporting and moderation capabilities”, but the developer would eventually like to add a friend system, and a way to “transfer cosmetics between devices”. Accounts will be required for changing your display name, and you’ll need an account to access free chat. You’ll still be able to play Among Us without an account as a “guest”: but your name will be randomly assigned, and you’ll be limited to the quick chat (a radial menu with prewritten callouts). Anyone under the age of digital consent – normally 13 – will be required to get a parent or guardian’s permission to create an account and access free chat. Hopefully these measures will help make the game much safer for children, a concern frequently raised by the community.

As for the reporting tool, you’ll be able to report someone for inappropriate names, inappropriate chat, cheating, hacking, harassment or general misconduct. Reports will be read by a human moderator, and if upheld, could result in a temporary or permanent ban (including secondary accounts). InnerSloth has published a code of conduct further detailing what counts as inappropriate behaviour.