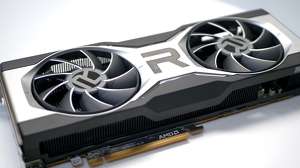 So far, AMD’s Big Navi graphics cards have lived up their name, giving gamers a true alternative to erstwhile industry leader Nvidia. The RX 6800, 6800 XT and 6900 XT have proved that Team Red can compete at the highest level of the graphics card market, something that hasn’t been true for generations. Now though, AMD is expanding its RX 6000 lineup, towards the more mid-range and mainstream cards that will far outsell the ‘halo’ products at the top of the stack. The first step comes in the form of the RX 6700 XT, a mid-range graphics card aimed at high-end 1440p gaming.

The new $479/£419 card is intended to slot between – and compete with – the $399 GeForce RTX 3060 Ti and $499 RTX 3070, and starts shipping from tomorrow, March 18th. With those price points, we expect to see a card that trades blows with the RTX 3070, offering the same major features, including hardware-accelerated ray tracing and other DirectX 12 Ultimate goodies, while coming in slightly cheaper. It’s a recipe that has worked well for AMD in the past, and with both next-gen consoles using the same RDNA2 architecture, the company just needs a standout – yet affordable – PC product to complete the trifecta.

From a hardware perspective, the RX 6700 XT is intriguing. As with past Big Navi designs, the RX 6700 XT uses an Infinity Cache to accelerate its memory subsystems, a salve intended to offer equivalent performance to the high-performance GDDR6X memory in Nvidia’s highest-end cards at a fraction of the cost. It works similarly to the L3 cache in AMD’s Ryzen processors, storing recently or frequently-requested data locally so that slower data paths needn’t be used. Here, the Infinity Cache is 96MB rather than 128MB as we saw in the RX 6800 and up, but AMD still promises exceptional performance – 2.5 times the effective memory bandwidth of a 256-bit bus, delivered with a memory bus that’s only 192 bits wide. 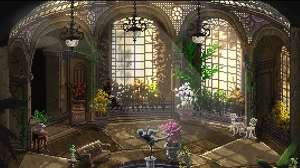