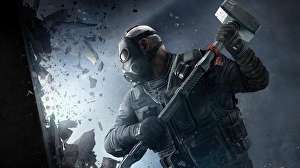 Amazon Games is opening a new studio in Canada – and it’s being helmed by a bunch of former Rainbow Six Siege devs.

Based in Montreal, the studio will focus on making original AAA games, starting with a new online multiplayer IP (which probably explains why the ex-Rainbow Six Siege devs have been brought in). Head of production Luc Bouchard, creative director Xavier Marquis, head of product Alexandre Remy and content director Romain Rimokh all previously worked at Ubisoft Montreal as the core team behind Rainbow Six. Here they are talking about leaving the Rainbow Six team back in late 2019:

In a statement, creative director Xavier Marquis said the team “couldn’t be more excited” to start the studio.