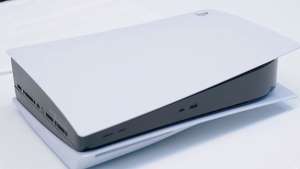 Police had to be called to a Japanese store yesterday when mobs of desperate fans tried to buy a PlayStation 5.

Although the staff at Yodobashi Camera in Tokyo implemented a random lottery system – “chuusen” – in an attempt to curb scalpers, whilst trying to distribute the “few hundred” tickets, frantic fans surged forward, shouting and shoving in spite of Tokyo’s coronavirus surge and current state of emergency (thanks, Matomebu, via PSU).

Within ten minutes, police officers were at the scene and, eventually, the sale was cancelled. Dave Gibson, who was there at the time, tweeted: “They cancelled the sale due to people being insane!! Pushed so hard even the cash registers and staff went backwards. I’ve never seen that kind of insanity in japan before…”