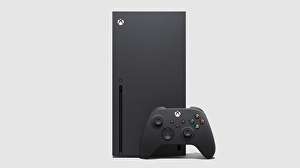 Since the launch of both the PlayStation 5 and Xbox Series X/S, stories of scalping groups and extraordinary third-party prices have hit the headlines – and it’s often felt like little has been done to prevent the practice. But today’s scalping story ends somewhat differently, as a group that boasted about securing 1000 Xbox Series X orders has found them all cancelled.

The scalping group – the same one that claimed to have ordered 2500 PS5s at launch – yesterday posted on social media it had secured “over 1000+” Xbox Series X consoles from a “very well known online retailer”. The scalping group charges a £29.99 monthly subscription (or lifetime membership of £399.99) for its members to get information on how to carry out scalping themselves, and reportedly uses bots to automatically find cheap prices and complete mass purchases. The group claimed to have notified its members of a restock at the retailer, and urged its followers to buy a subscription for the information.

The retailer in question, it seems, was Very – which normally limits console purchases to one per address. It seems likely the scalping group was able to find a way around this restriction: but unfortunately for the scalpers, the company has now cancelled all the orders.