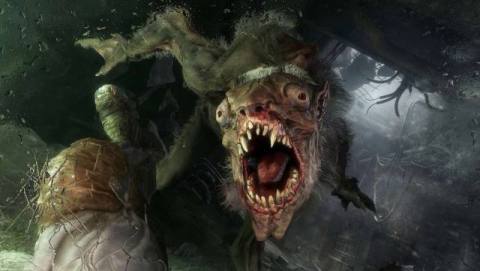 This year marks the tenth anniversary of Metro 2033’s release, and developer 4A Games has celebrated the Occassion in a wide-ranging new blogpost touching on its future plans – including a new IP, a new multiplayer experience in the Metro universe, and a free next-gen update for Metro Exodus.

The next-gen update will be available to owners of the existing Xbox One and PS4 digital and physical editions of Metro Exodus some time next year, and introduces significant enhancements on PlayStation 5 and Xbox Series X/S, including ray tracing, faster frame rates, increased resolution, and reduced loading.

Beyond Metro Exodus, 4A has re-confirmed that a new Metro game is in development for next-gen consoles and PC at the studio. Although it says it’s not yet ready to share more details, it teases that it’s working on a complete overhaul of its engine and renderer “to take advantage of the new power, storage, and hardware supported ray tracing afforded by the new consoles.”

Alongside the story-driven single-player experiences the Metro series is known for, 4A says it’s now “actively exploring multiplayer concepts” in the Metro universe, with some help from World War Z developer Saber Interactive. This, it explains, is “something that has always been an ambition” for the studio, but that it’s “never been able to commit to until now”.

“We know some of our fans have concerns whenever they hear multiplayer mentioned,” the developer adds, before offering its assurances that it’s “not looking at multiplayer as a box-ticking exercise, or to jump on some trend or bandwagon” and that it’s “absolutely committed to more single-player, story driven experiences in the Metro universe.”

“We’ll need a dedicated team focused solely on the online component,” it continues, “and this is what our new partnership with Saber can bring; years of expertise, technology, and know-how to help us realise our ambitions.”

Ending its latest studio update, 4A notes “while we expect to be working on Metro for many years to come, we want to stretch ourselves by exploring new projects and new IP”. To that end, it’s currently hiring for a new AAA experience “that can sit alongside the Metro series”, and careers information can be found in its latest blog post.